Dawn of hope in village of India’s loneliest school kid

TNN | Apr 24, 2018, 08.34 AM IST
PUNE: Until a month ago, the only visitor to Chandar in Velhe taluka was a zilla parishad school teacher who would come to the village every day to guide his lone student.
Monday’s was a different story as dressed in their best, the villagers of Chandar had gathered to welcome several visitors — retired Armed forces and Indian Administrative Services officers, businessmen and local politicians — for the inauguration of the newly constructed community hall.

Besides the hall that would have an LED TV, facilities such as solar lanterns, lights for homes, a water storage tank with solar pumps and a library also became a reality in the village located over 100km from here. 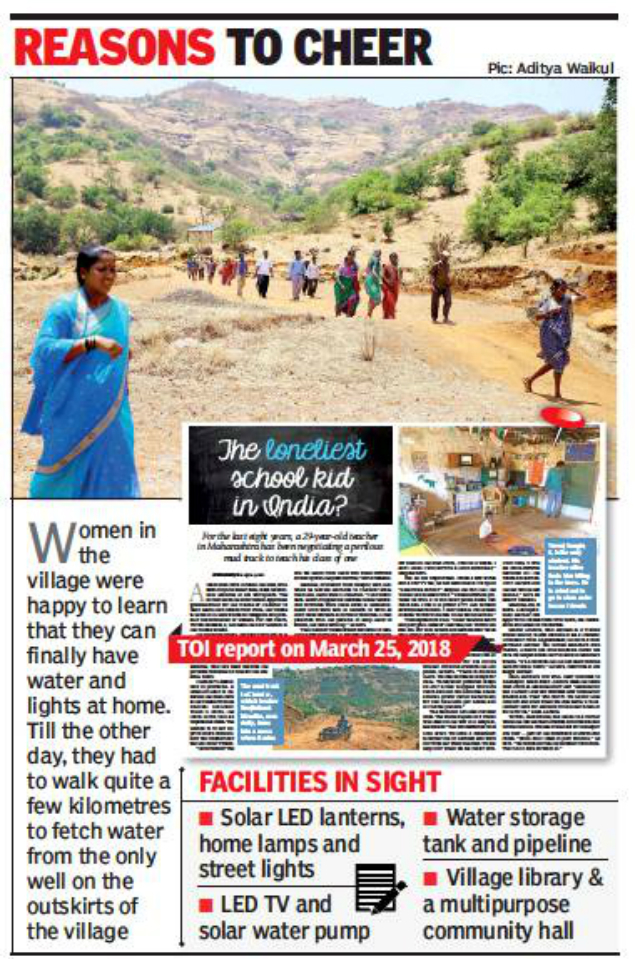 Forest department and zilla parishad officials pledged that a proposal for a “pucca” road and electricity line has been sent to the government and work will start soon.

On March 25, TOI was the first to report about the abject poverty and lack of basic facilities in Chandar and the grit of Rajnikant Mendhe (29), who would reach the village following a 12-km trek through the hills with 400ft drops on either side to teach Yuvraj Sangale (8), his only student.

“After reading the TOI report, our team from Science and Technology Park, along with some of our incubate companies, visited Chandar in the first week of April to ascertain what we could do. The biggest problem in Chandar village is access. It is extremely difficult to reach the village because of the slippery road through the treacherous terrain of the Sahyadri ranges,” said Rajendra Jagdale, director general and CEO of Science and Technology Park, Pune.

Jagdale got in touch with startups and industry partners and decided to complete the mission within a month. “When we told the villagers what we want to do, they came in big numbers and and helped in digging, construction activity and improving the road condition. Our aim is to reduce the socio-economic vulnerabilities of the villagers. We also want people to know that if they come together and use technology properly, they can make a difference to the neglected communities in a very short time,” he said.

Women of the village, who had to walk all the way to the outskirts to fetch water from a well till now, were the happiest with the development. “My life has gone into this. It becomes difficult during summer. I am happy that the days will change once the water tank is in place and a pipeline is laid. Women like me will not have to struggle like earlier days,” said Tai Sangale. 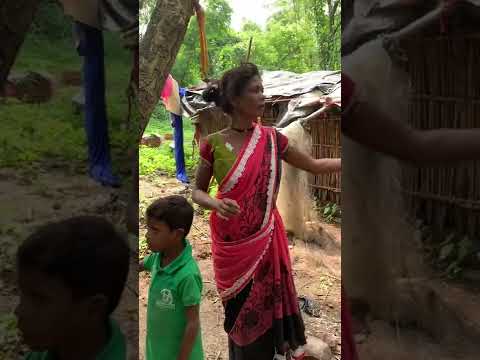